Rice Krispies® through the years

Following the release of their 2020 music single, Snap™, Crackle™ and Pop™ launched this lyric video.

50% bigger than our Original 22g bar and packed with melty marshmallows for extra fun and irresistible taste.

Our Writeable Wrapper® helps you be there for your kids wherever, and whenever, they need a little reminder of your love.

The boys help Kellogg's Rice Krispies® Cereal celebrate its 80th anniversary with a new look for the digital age.

Snap™, Crackle™ and Pop™ make a fashion statement – that pants are the new shoes.

The guys lose their black pants and big belt buckles for more colorful clothing and kerchiefs.

Kellogg begins licensing its characters, making the guys available for all kinds of merchandise. The first licensed item was a T-shirt featuring Snap™, Crackle™, Pop™ and Toucan Sam™.

Snap™, Crackle™ and Pop™ have yet another makeover. This time, it’s their eyes that change the most, becoming rounder and closer together.

The boys during their SUPER-ROSY-CHEEK-PHASE. 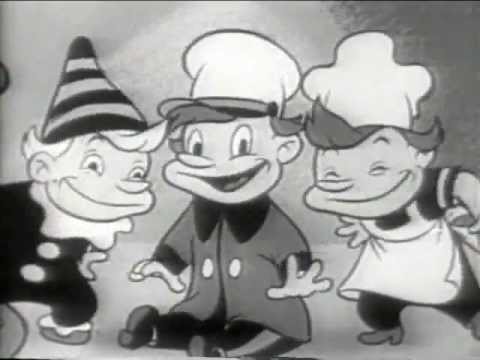 Snap™, Crackle™ and Pop™ make their TV debut. This is one of their very first commercials.

The boys get their first major makeover, making their features younger, their colors brighter and their hats smaller.

In a Snap™, a star was born. A tiny gnome wearing a baker’s hat and carrying a spoon — the earliest version of Snap™ — appears on the side of the cereal box.

Kellogg’s Rice Krispies® Cereal first appears on store shelves. Everyone loved the noise the cereal made in milk.

“You’ve got something there!”

W.K. Kellogg pours milk over a brand-new, toasted rice cereal from the Kellogg test kitchen, and gives it a try. “You’ve got something there!” he exclaims.